Shakespeare in the Park: A Comedy of Errors 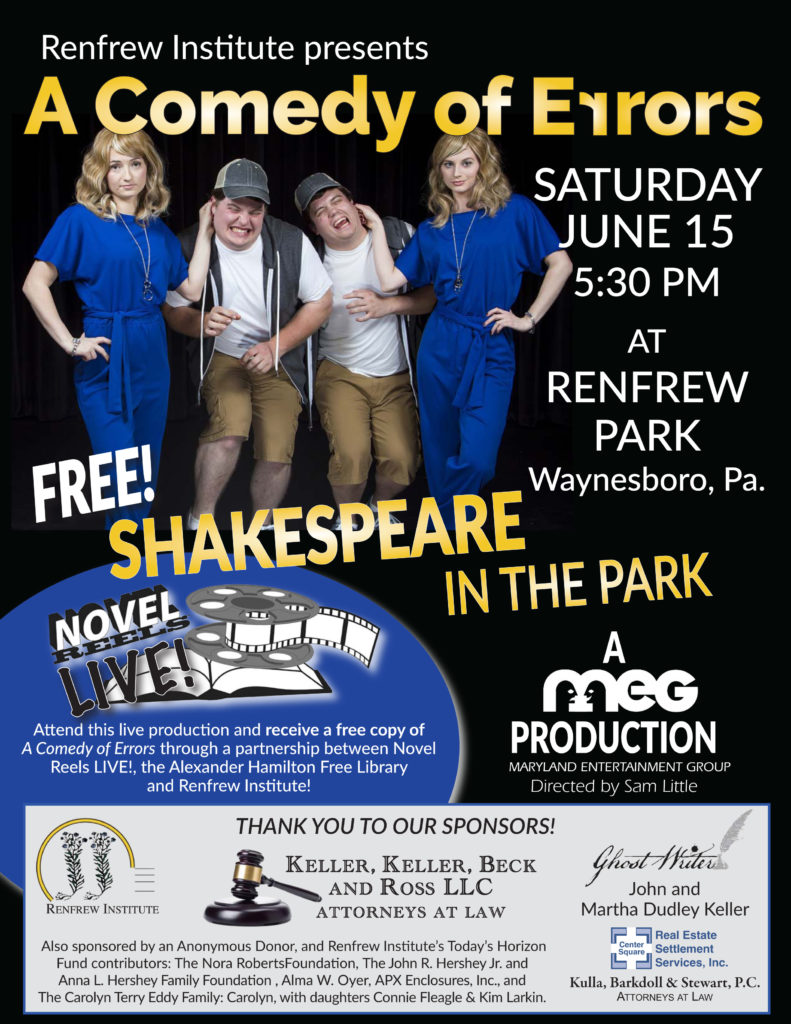 Enjoy a full theatrical production of William Shakespeare’s A Comedy of Errors under the trees in Renfrew Park. Staged behind the museum house, this MEG (Maryland Entertainment Group) production marks the sixth anniversary of the group’s Shakespeare in the Park performances.

The Comedy of Errors is one of Shakespeare’s early plays—a farce about two sets of identical twins who were separated at birth. Chaos ensues as identities are mistaken, false accusations are made, and puns run rampant.

Bring lawn chairs, blankets, and a picnic if you wish.

This year, Novel Reels LIVE! —a new partnership between the Alexander Hamilton Memorial Free Library and Renfrew Institute—provides free copies of A Comedy of Errors to those attending the outdoor performance. In addition, participants will receive a certificate to receive a free copy of Shakespeare’s Much Ado About Nothing at the library.