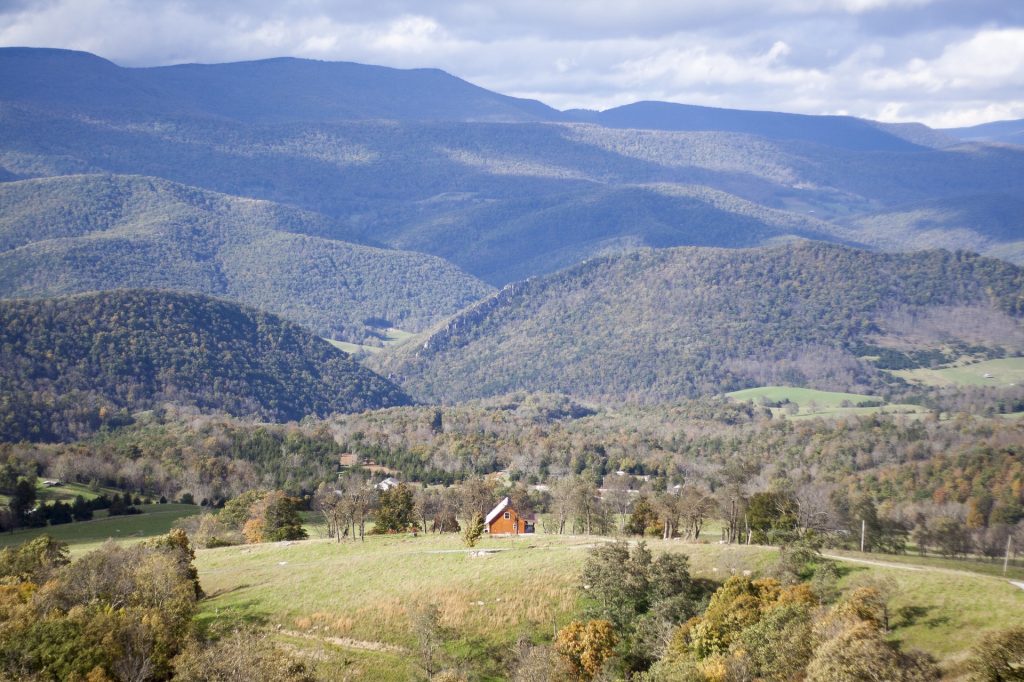 Wild, wonderful West Virginia will be the destination of this year’s fossil-hunting field trip.

Geologist Jeri Jones will lead the “Almost Heaven Fossil Trip” on Saturday, May 4, from 8:30 a.m. to 6 p.m. Sponsored by Renfrew Institute in partnership with the Franklin County Rock & Mineral Club, the trip is open to adults, and to children age 7 and up. All children must be accompanied by an adult.

“As we travel some ‘country roads’ we’ll learn about and collect fossils,” Jones said. “We will visit four fossil sites with ample time at each location to collect fossils and sample what is available.”

Stop 1 is the Route 50 bridge west of Romney, WVa.  There are fossils in the rocks that were used as ground cover for the bridge abutment.

Stop 2.  Road-cut to collect limestone with coral fossils—muriatic acid can be used to show the fossils better. “We will also do a Geology 101 lesson at the quarry but not venture too far into the quarry,” Jones said.

Stop 3. Lost River Fossil Pit west of Wardensville, WVa. “Nice site but best collecting is up a steep talus slope along the bedrock exposures. Team work will get everyone fossils!”

Stop 4. Hedgesville, Gnatt Brothers Excavating pit. Large excavation into the hillside into one of the best fossil formations in the region. “This stop is within the Mahantango Formation and is the most abundant fossil rock unit in the Appalachian Mountains,” Jones said. “Life was flourishing during the Middle Devonian ocean in which these rocks were formed. With their expansion since our visit there in 2015, they have uncovered a big layer of fossil rock.”

A geologist for more than 30 years, Jones has conducted extensive research on Pennsylvania mining practices, authored several publications, and narrated a 3-part video series on regional geology known as “TimeWalk.” He has been on the faculties of several regional colleges. In 2006, Jones received the Digman Award for Excellence in Geologic Education by the Eastern Chapter of the National Association of Geoscience Teachers and has recently published a children’s book about Pennsylvania geology.

Those joining the trip should wear shoes and clothing appropriate for hiking through the quarries. No open-toe sandals or flip-flops please. Collecting gear such as buckets and hammers for digging and newspaper for wrapping fossils is also recommended, along with hats and sunscreen. Cameras are welcome. Participants should also bring a bag lunch, snacks and beverages.

Departure is from the lower parking lot of Renfrew Museum and Park in Waynesboro at 8:30 a.m. Transportation is by bus only, provided. Seating is limited and pre-registration is required. Fee: Age 7–14 ($30); Age 15 & up ($50). Renfrew Institute member discount: $5 per seat. For more information or to register,call 717-762-0373 or email to info@renfrewinstitute.org.