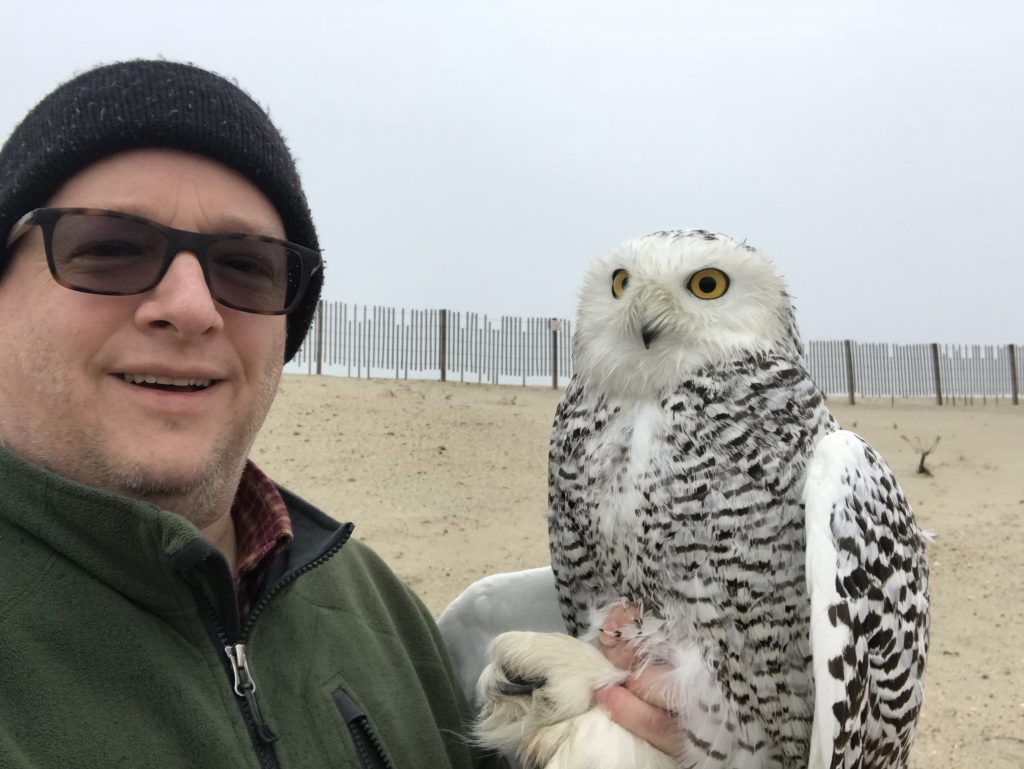 As reports of increasing numbers of snowy owl sightings emerged across Pennsylvania and other northern states in the winter of 2013–14, a team of researchers gathered to learn more about these owls, calling their effort Project SNOWstorm.

Steve Huy is a co-founder of Project SNOWstorm, and co-director of Project Owlnet, a long term study of saw-whet owls based at the Lambs Knoll station in Maryland’s Catoctin Mountains.

Project SNOWstorm uses innovative science to track and understand snowy owls, and to engage people in their conservation through outreach and education.

Huy began banding snowy owls for future identification several years ago. Some of the owls are fitted with solar-powered transmitters that provide insight into their activities for several years, including data on latitude, longitude and altitude.

Researchers have discovered that some owls are “home-bodies,” rarely traveling more than a quarter-mile. Other owls travel hundreds of miles in just a few weeks, moving from islands along the Atlantic coast to Pennsylvania farm country, and then back to the coast.

The owls are given nicknames, some of which reflect where they were originally tagged. Stella, Pettibone, Baltimore, Pickford, and Island Beach are just a few of the owls whose movements are tracked by Project SNOWStorm.

Many of the owls are captured, tagged and released in the Mid-Atlantic region, but the project reaches as far north as Canada and as far west as North Dakota.

More information including an interactive tracking map can be found at www.projectsnowstorm.org.

Huy will also discuss Project Owlnet, which facilitates communication, cooperation and innovation among a network of owl-migration researchers in North America and abroad.