Geology Field Trip: A Geologic Drive Around the Neighborhood 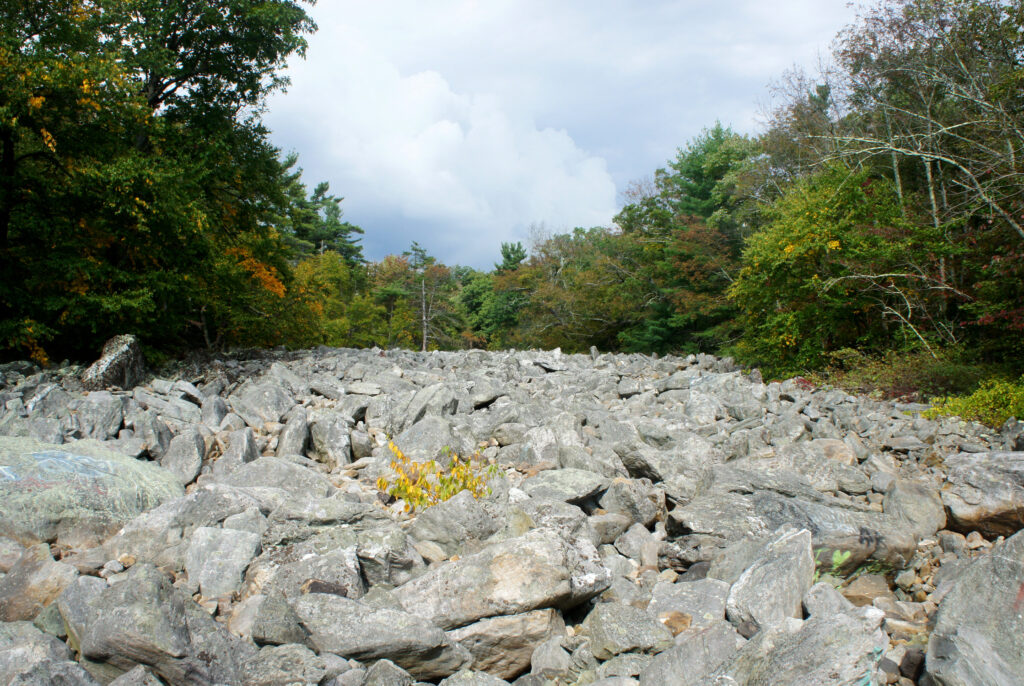 A Geologic Drive Around the Neighborhood

Geologist Jeri Jones of Jones Geological Services will lead a field trip, “A Geologic Drive Around the Neighborhood” on Saturday, April 9, from 9 a.m. to 4 p.m. Sponsored by The Institute, the carpool-style field trip is open to those age 15 and up.

Exploring the geology of the Waynesboro–Taneytown area, the trip includes several stops where attendees will see the different rock types that make up the Great Valley on the west, South Mountain, and what lies just to the east of the mountain.

During the trip, Jones will point out the evidence of major geologic events from ancient times.

“Millions of years ago, South Mountain was an arm of the rifting apart of a supercontinent known as Rodinia,” Jones said. “Volcanic activity both under the ocean and on the continent were common. Finally the volcanism stopped and the building of a continental shelf began.”

Much later in geologic time, Jones said, our continent collided with a chain of younger volcanic islands and the African continent; the collision severely altered the bedrock.

Finally, when the supercontinent broke apart during the Age of Dinosaurs, the area east of South Mountain was a rift valley similar to today’s Red Sea area.

The group will stop at sites in Pennsylvania and nearby Maryland.

“In addition to the roadcuts (mostly on rural roads), we will visit Pen Mar Park and the Raven Rock Boulder Field, known locally as Devil’s Racecourse,” Jones said.

An award-winning geologist for more than 30 years, Jones has conducted extensive research on Pennsylvania mining practices, authored several publications, and narrated a 3-part video series on regional geology known as “TimeWalk.” He has been on the faculties of several regional colleges.

The trip will be via carpool, no transportation provided. Space is limited to ten vehicles, and pre-registration is required. The meeting point will be provided upon registration. Cost is $30 for members of The Institute, and $35 for the general public. Those joining the trip should wear comfortable walking shoes, and bring a bag lunch, snacks and beverages. Those interested in rock collecting should bring a hammer.

For more information or to register, call (717) 762-0373 or email to: info@NatureAndCultureInstitute.org.