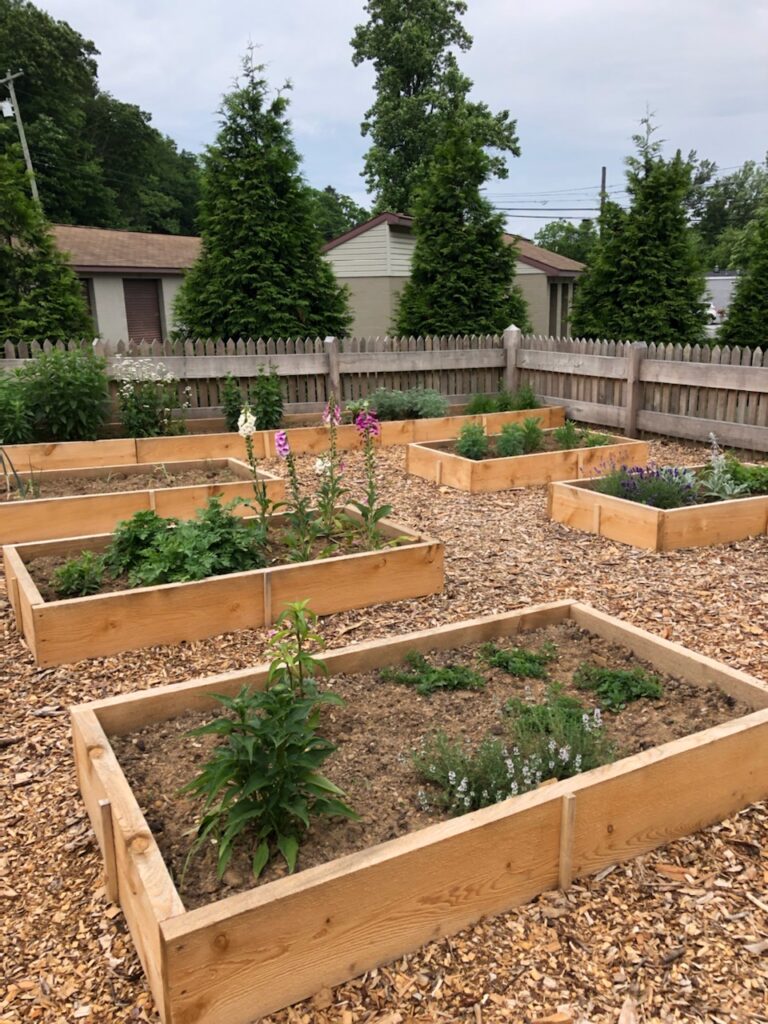 The Institute’s Civil War Era historic garden is beginning to bloom in June.

The Institute’s Civil War era garden had a grand opening on Saturday, May 21, 2022 at the garden site near the Monterey Pass Battlefield Museum.

“The garden is an interpretation of a Civil War-era garden, not a literal reproduction,” said Pam Rowland, The Institute’s director of education and the garden director. “In addition to traditional vegetables, 19th-century gardens often included a variety of herbs, used for both medicinal and culinary purposes.” Many of the plants were grown throughout the 18th and 19th centuries, and used for the same purposes.

DOWNLOAD A FLIER WITH INFORMATION ABOUT THE PLANTS IN THE GARDEN, AND THEIR HISTORIC USES.

The 25-by-28-foot garden is enclosed by an historically-accurate wooden fence, constructed with reproduction 19th-century-style nails.

A corps of Institute garden volunteers and Blue Ridge Garden Club members will work with The Institute to maintain the garden throughout the season.

The garden was created by The Institute in partnership with the Friends of Monterey Pass Battlefield. This project was made possible through financial support by the M&T Charitable Foundation and Younger Toyota, and in-kind support by GRC General Contractor, Inc. Additional support provided by The Institute’s Today’s Horizon Fund contributors: The Nora Roberts Foundation; The John R. Hershey Jr. and Anna L. Hershey Family Foundation; Alma W. Oyer; APX Enclosures, Inc.; the Carolyn Terry Eddy Family: Carolyn, with daughters Connie Fleagle & Kim Larkin, and an anonymous donor, in honor of the life and work of Eunice Statler.